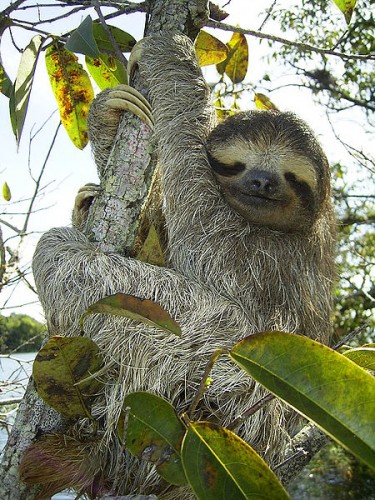 There are some animals that the world is extremely familiar with. Polar bears, sloths, sharks – these are well-known animals found in our popular culture that most people would admit to having at least a bit of knowledge about. However, there’s always more to discover. These are some wildly fascinating, yet little-known facts about a few of our favorite creatures.

Sloths Are Home to Sloth Moths

Everyone knows sloths are slow… really slow, actually. A three-toed sloth will move at about a half a foot per minute if it has no where important to be. That’s slow enough that algae will actually begin to form on the sloth’s fur; providing it with a slick, green, camouflaged coat that aids it in avoiding predation. The sloth isn’t the only one who benefits from its patient lifestyle, though. There are actually several species of moths which can only be found living in a sloth’s fur. These are aptly called “sloth moths,” which include the species Bradipodicola hahneli, Cryptoses choloepi, Cryptoses waagei,  Cryptoses rufipictus and Bradyphila garbei.

These moths are all coprophagous, which, to put simply, means that they feed on feces… sloth feces, to be precise. Yum!

This is how the roommate situation works: adult female moths live in the sloth’s fur. When the sloth makes its weekly (yes, you read that right) bathroom trip, traveling from the canopy to the forest floor where it quietly does its business, the moths deposit their eggs in the sloth’s poop. The moth larvae will then feed on the partially digested plant remains found in the feces until they pupate (or transform) into adult moths. Once fully grown, the adults will leave the poop pile to find a sloth host to live on. It is postulated that adult moths feed on the sloth’s skin secretions or possibly the sloth’s body algae. Both sound scrumptious to me.

Some three-toed sloths have been recorded carrying over 120 different moths (!!!) in their fur alone. Multiple moth species can cohabit the same sloth so don’t worry – no one gets left out of the sloth poop party. What a life, huh?

Hang in and watch this video ’til the end – you won’t be disappointed!

Okay, so it’s not blood from an extraterrestrial creature – but it sure does look like it! Instead of having red, iron-containing hemoglobin-based blood like we do, cuttlefish utilize hemocyanin, a copper-containing protein, to transport oxygen throughout their bodies. This protein gives the animal’s blood a hazy blue-green color when rich with oxygen and clear when it is low in O2.

The blood is pumped by three separate hearts: two branchial hearts pump blood to the cuttlefish’s pair of gills (one heart for each), and the third pumps blood around the rest of the body. So yes, not only does this alien-like creature have blue-green blood, but it also has three hearts! Sounds like something straight out of a Sci-Fi movie, doesn’t it?  Multiple hearts are needed because a cuttlefish has to pump its blood through its body much faster than we do since hemocyanin transports significantly less oxygen than hemoglobin does. More blood moving faster = more oxygen getting around the creature’s body.

Sand Tiger Sharks Fight to the Death In Utero

Anyone with a brother or sister knows all about sibling rivalry, but Sand Tiger Sharks (Carcharias taurus) take competition to a whole new level. Sand Tiger Shark embryos will actually fight to the death while still in their mother’s womb! The biggest, baddest shark embryo will cannibalize his or her brothers and sisters until only that shark and one other sibling remain. It had been a mystery as to why the tiny sharks do such a thing until quite recently.

In a study published April 30th 2013, in the journal Biology Letters,  researchers detailed their findings after analyzing embryos in sand tiger sharks from various gestational stages. Study co-author Demian Chapman, a marine biologist at Stony Brook University of New York, and colleagues studied genetic samples from 15 pregnant female sharks that had died in nets off the coast of South Africa. Of the 15 sharks studied, 10 had just two embryos, while the remaining five had five to seven embryos still present in utero. DNA tests were conducted on the young sharks and what they found was that those litters with five to seven embryos had at least two fathers, while the litters with just two sharks more often had just one father. This suggests that one embryo — possibly the one that grew largest and strongest first — ate the embryos that were not its full siblings.

This gruesome fight to the death in utero allows for only one father’s genes to prosper. Since female sharks are able to get pregnant by multiple partners, the competition between embryos is important for the fathers. The fittest male, with the fittest pups, gets to have his litter birthed. Other males that may have impregnated the female shark wind up having their pups become fish food for the tougher embryos. It’s like shark gladiator in the womb… and that’s kind of awesome.

Quick – what color is a polar bear’s skin? If you said white, you’d be wrong! Shockingly, the snow-white bear has black skin hidden underneath it’s fluffy exterior. The black skin allows the bear to absorb the heat of the sun, which really comes in handy during those cold Arctic days. Just a second, though. To add to the strangeness, polar bears aren’t actually white. Say what? You see, polar bears’ fur consists of dense, insulating undercoat topped with guard hairs of various lengths. Each of these hair shafts are pigment-free and therefore transparent, with a hollow core that scatters and reflects visible light. This is what gives the bear the illusion of being white. It’s much the same principle as when we look at snow or ice: it’s not actually white – it just looks like it is.

Under their black skin polar bears also have a layer of fat that can measure 4.5 inches (11.5 centimeters) thick. Between their dense fur, thick layer of insulating fat, and black heat-absorbing skin, the polar bear is uniquely adapted to surviving the most frigid of conditions.

A sea otter would go absolutely bananas at a raw bar. Their favorite treats are some of mine as well: mussels, crabs, sea urchins, clams – really anything hard to crack open they have a fondness for. Had to go for the tricky stuff, huh guys? To solve their seafood dilemma, sea otters, like primates, use makeshift tools to break open their snacks.  They’ll take a rock and use it to smash open the mussel or destroy the abalone, revealing the meat within.

All rocks are not created equal, however. Sea otters have favorite rocks which they keep with them at all times. Aww! They store these ‘pet rocks’ in a baggy pouch of skin under their forelimbs (where they place extra food to save for later as well). If that’s not the cutest thing you’ve learned all day… well then I’m jealous because you’ve had a pretty cute-tastic day. 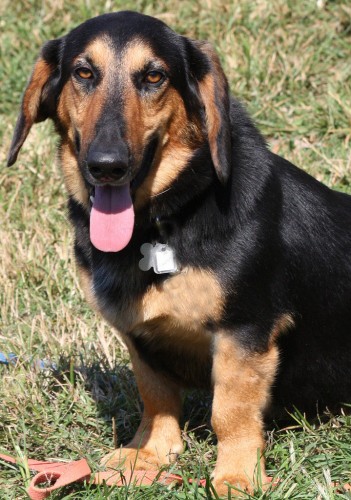